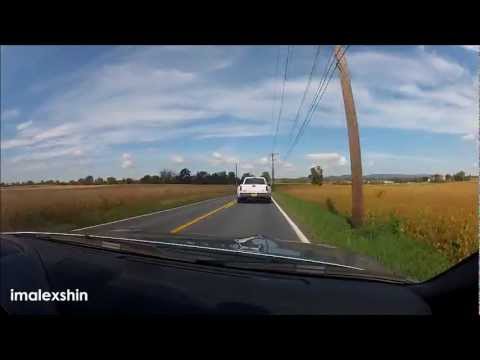 We all know the consequences of driving with high speed, or overtaking somebody illegally. You might endanger your own life, as well as the life of the others. This was the case with this driver, who nearly caused disastrous crash. In the following video, we see a recording from a dash cam, and how it exactly happened. Namely, the driver in the car that is recording overtakes a pickup, in what is believed by many as illegal move. There are no cars in from of him after the overtaking, but several seconds after we see from the left side a Nissan GTR gets airborne out of nowhere.

The road was not smooth all the way, there was a section of it which suddenly decreases and combined together with the high speed caused the Nissan to get airborne. He then loses control and goes off the road and crashes. Luckily, he did not crash into another vehicle. At first, the people inside the car filming were not willing to help, but as it is later stated in the video, they went and helped the driver. He seemed to be OK but the car was wrecked. After watching this Nissan GTR gets airborne, think twice before driving fast!

Finally, here is why the Nissan Skyline GT-R series are illegal in the States.