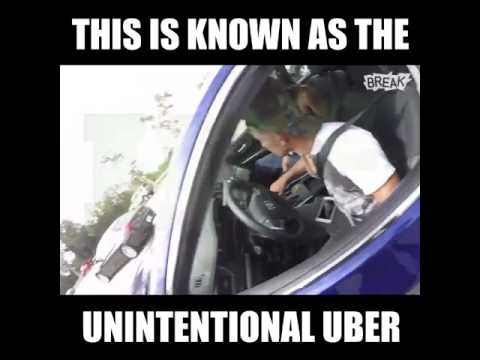 Most of you probably know the meaning of a carpool lane. For those of you who do not know, it basically is a restricted traffic lane that is reserved at rush hours only for vehicles with more passengers. Before watching the following video, just to let you know that motorcyclists ARE allowed to drive in the carpool lane as well. But that does not mean safety. Namely, a bike driver was on the lane moving at what seemed like a reasonable speed, and the traffic around him was not busy. And then something happened.

A car, out of nowhere, drove into the carpool lane, crossing over two yellow lines. The motorcyclist did not have enough time to stop nor to make a turn to avoid collision, so he crashed into him. Luckily, he landed on the back of the car, and shockingly the car driver did not even stop until the bike driver started shouting at him to stop the car. He then asked the car driver how could he have done that, but the car driver was not able to answer at all, presumably because he was under the influence of drugs. The motorcyclist then called the cops. What do you think, whose mistake it was?

At last, here is more info about the high-occupancy vehicle lane.