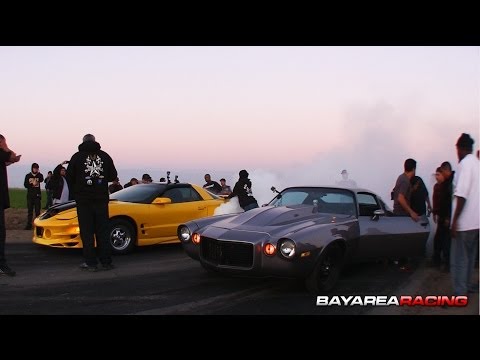 Drag races in United States are coming with a long tradition and with a history more than half a century long, they have become part of the car culture in this country that had spread throughout the world.

So putting your mighty muscle car on the drag strip to test it against another one of the same kind is actually logical conjunction of having a muscle car and test its power on the asphalt.

In the video bellow, we have a pleasure of watching a drag battle between Nitrous Camaro and Supercharged WS 6 Trans Am, another epic drag challenge in an effort to give an answer which one is better and more powerful.

There are so many examples in pop culture where these cars are facing each other in all kinds of situations, trying to show the dominance of its power and technology. And I`m guessing that just like me, you are also always keen to see something like that over and over again.

Thus, I`m sure you will enjoy watching it.